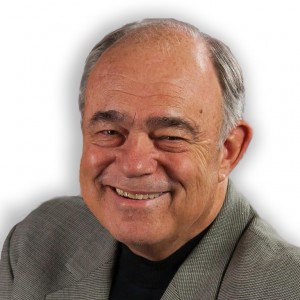 Bob was raised in a Christian home. Confirmed an Episcopalian and Baptized a Baptist, but without Christ and without hope. Graduated from high school and college in Michigan (1965), Bob was “good” and “lost”.

He joined the US Air Force in 1966 and became a combat pilot in Vietnam (1968-69) where he won the Distinguished Flying Cross and five Air medals. Returning to the States he was stationed at Charleston, SC where he commanded four engine jet transports over worldwide routes.

Wanting a change of career in 1972, Bob began law school at the University of South Carolina. A year and a half later he realized he didn’t need a career change but a heart change. Surrendering his life to the Lordship of Jesus Christ, he joined the church and felt called to local church ministry. After graduating from law school (1975) he enrolled at Southern Baptist Theological Seminary in Louisville, KY and graduated in 1978.

Ellen married Bob in 1976 and they have two sons.  Dane is married to Nina.  They, with Bob and Ellen’s granddaughter Naomi (2 years old), live in New York City.  Darren and Marie live in Houston where they are parents to  Bob and Ellen’s two grandsons.  Solomon is 3 and a half and Armand is 1 year old.

From 1979 until 2001, Bob planted and pastored churches in Cincinnati, OH and Columbia, SC.

In 2001 he became convinced that the Lord was launching him into the marketplace of commerce and ideas. Since then he has hosted radio and television programs, birthed and managed a mediation and reconciliation service and became the first executive director of “Men Following Christ” in Winona Lake, IN.

Since moving to Greenville, SC he has preached to local churches, taught in colleges and universities and hosted TV programs for Dove Broadcasting.  He was also blessed to represent the “Fellowship of Christian Athletes” from 2013-2016.

Dr. Bob’s passion is to deliver the message of the “Two Cross Kingdom” to the saved and unsaved alike. It’s the”Cross of Jesus” that gets us into the Kingdom of God.  But it’s the “Cross of Discipleship” that get’s the Kingdom of God into us. (Luke 9:23)  If there is little evidence that the professing Christian has “taken up his own cross”, there is serious question as to whether he or she has ever surrendered to the cross of Jesus.

If you would like for Dr. Bob to speak with you, your group or your church, feel free to contact him right here on this website or go to Robert@highbridgebooks.com. Bob is also open to “Interim Pastorates”.

On Sunday February 5, 2017, Dr. Bob was called to become Pastor Evangelist (Interim Pastor) for New Liberty Baptist Church located about ten minutes north of Travelers Rest, SC on Highway 25. If you are in the Hendersonville, NC and/or Upstate South Carolina area and need someone to speak with about Jesus Christ and His love for you, please give Pastor Bob a call. (574-377-0777)

Dr. Bob is also a full time professor for North Greenville University (“Where Christ Makes the Difference”) in their College of Business and Sports Management.

“Two Cross Kingdom Ministry” is NOT a 501c3 organization.   His life and ministry are under the controlling power of no kingdom authority other than that of the Kingdom of God. If you are blessed by what you receive, feel free to compensate Dr. Bob as the Holy Spirit leads you.